What kind of asshole uses public money on volcano monitoring 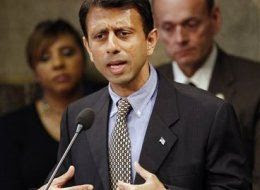 Come on! Volcano Monitoring? That's just Pork barrel politics. Liberal Tax and Spend..wait a minute...
With Monday's massive volcano eruption in Alaska likely to leave Anchorage and Gov. Sarah Palin's hometown covered in ash, a Democratic strategist sends over the reminder that just a month and a half ago, another up-and-coming Republican star, Gov. Bobby Jindal, mocked the very notion of volcano monitoring.

Speaking in the non-State of the Union rebuttal, the Louisiana Republican said that instead of spending $140 million "for something called 'volcano monitoring,'" Congress "should be monitoring is the eruption of spending in Washington, D.C."
Posted by PerceptionManagers.Org at 3/23/2009 02:07:00 PM